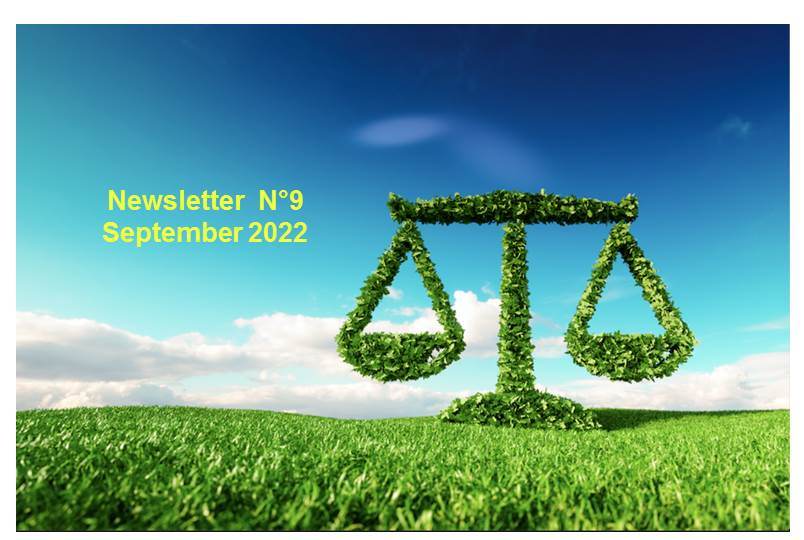 For its ninth newsletter, Justice Pesticides looks back at the news of the last few months related to pesticides. The consequences of these toxic products affect every country in the world, and the information in this newsletter includes Argentina, Brazil, the European Union, France, Germany, Guernsey, India, Italy, Mexico, Switzerland and the United States.

USA: EPA must review its decision to allow glyphosate

On June 17, 2022, the U.S. 9th Circuit Court of Appeals ordered the U.S. Environmental Protection Agency (EPA) to reconsider its findings on the safety of glyphosate use.

On July 7, 2022, the U.S. court recognized the responsibility of Monsanto-Bayer and BASF for the unprecedented damage caused to an orchard by the system based on GE (Genetically Engineered) crops and the herbicide Dicamba, promoted by these companies.

On June 1, 2022, a group of migrant workers working for Mastronardi Produce-USA at a greenhouse in Coldwater, Michigan, filed a class action against the company for exposing them to hazardous disinfectant pesticides without providing them with proper protective equipment, resulting in the onset of serious medical problems for the employees.

On June 21, 2022, the U.S. Supreme Court refused to consider Monsanto’s appeal seeking a review of the U.S. Court of Appeals for the Ninth Circuit’s decision to award $25 million to Edwin Hardeman, a victim of non-Hodgkin’s lymphoma (NHL) attributed to his regular use of Roundup herbicides. Edwin Hardeman, a California retiree, was one of the first Roundup victims to sue Monsanto.

On July 12, 2022, Mexico’s 6th Administrative District Judge, Francisco Javier Rebolledo, overturned the 2020 presidential decree banning the planting of genetically engineered corn in the country and aiming for a glyphosate ban by 2024.

India: No mediation between Syngenta and poisoned farmers

The ongoing mediation between Syngenta and five NGOs involving more than fifty Indian farmers poisoned after spraying pesticides on cotton crops in the Yavatmal region has ended without any response to the victims’ requests for compensation and action to prevent future contamination.

EU: PAN EU against the extension of the approval of Dimoxystrobin

Our partner PAN Europe has filed a lawsuit at the Court of Justice of the European Union (CJEU) to challenge the new extension of the approval of the highly toxic pesticide Dimoxystrobin by the European Commission.

Italy: Victory for freedom of expression in a SLAPP

Germany: Beekeepers compensated for the loss of their honey contaminated with glyphosate

On June 20, 2022, the German Regional Court of Frankfurt-am-Oder issued a decision recognizing the full liability of a farmer who used glyphosate on his farm near that of a beekeeper, resulting in contamination and the loss of a large quantity of honey.

France: Responsibility of the State in the extension of the approval of chlordecone in the West Indies

For having extended the approval of chlordecone insecticide in the West Indies, even though it was banned in metropolitan France, the French government was found guilty of negligence by the Administrative Court of Paris on June 27, 2022. However, although the responsibility of the State was recognized, the judge refused to compensate the 2330 plaintiffs, who claimed in a class action a moral prejudice of anxiety linked to the massive use of chlordecone.

The EU marketing authorization for glyphosate will expire on December 15, 2022. After a first reauthorization obtained in extremis in 2017 by the Commission, thanks to the unexpected reversal of Germany, for five years instead of 15 years, the battle around its reauthorization is thus reopened.

Argentina: The province of Misiones wants to ban glyphosate

At the end of June 2022, the Natural Resources Committee of the Province of Misiones House of Representatives unanimously approved Bill XVI-N°124, which in its Article 7 “prohibits the use of glyphosate, its components and related products throughout the province,” providing for a gradual two-year transition period.

The State’s Health & Safety Executive (HSE) has decided to ban the sale of glyphosate products to the public beginning October 31, 2022, in a decision released on July 25, 2022.

The proposal for a “Sustainable Use of Plant Protection Products” regulation published by the European Commission on June 23, 2022 sets a target of a 50% reduction in the use of pesticides and the risks associated with them by 2030.

As the Environmental Protection Agency (EPA) is evaluating potential labeling changes for Dicamba-based herbicides, Bayer, one of the herbicide’s manufacturers, has submitted a proposed amendment to the 2020 registration for its Dicamba-based herbicide XtendiMAx involving additional use restrictions for certain geographic areas. The company hopes to avoid potential new restrictions and precautions on its use by the EPA.

Following its approval on February 9, 2022 by the Brazilian deputies, the bill on the use of pesticides, which has been nicknamed the “Poison Package” because it further relaxes the current very lenient rules on the distribution of pesticides in the country, should be examined by the Senate.

On April 26, 2022, 3 days before the Annual General Meetings of Bayer and BASF, the two major pesticide manufacturers in Germany, Pan Germany and Inkota, published a leaflet entitled Doppelstandards im Pestizidhandel (Double standards in the pesticide trade). The leaflet refers to the double standards of European agrochemical companies, such as Bayer and BASF, which market pesticides that have been banned from use in the European Union because of the dangers they pose to human health or the environment in countries in Asia, Latin America and Africa.

On August 15, 2022, PAN International called on the FAO to end its existing agreement with CropLife International, publicly clarify the nature of its ties to the pesticide industry, and subject those ties to greater transparency and accountability.

France: Protest against the production of fipronil at BASF in Genay

On June 1, 2022, a group of faucheurs volontaires d’OGM (volunteer GMO reapers) from the Rhône (69) and Loire (42) departments, went to the BASF factory in Genay. The factory produces Regent TS, an insecticide with Friponil as its active ingredient, banned for sale in France since February 24, 2004.

Germany: 35 pesticides “candidates for substitution” still on the market

PAN Germany issued a press release on June 30, 2022, which reveals that 35 of these particularly hazardous candidate substances are still marketed in Germany in about 310 authorized spray products, although they should have been replaced long ago by less problematic methods or products, according to Regulation (EC) No. 1107/2009.

On June 9, 2022, the Umwelt Institut (Environmental Institute) in Munich published a report revealing the presence of nine active pesticide substances in the air in and around the UNESCO biosphere reserve of Schorfeide-Chorin in the state of Brandenburg, even in the middle of the core area, which is protected from any human intervention.

France: Interactive map of pesticides used on the territory

The Toulouse-based organization SOLAGRO has produced an interactive map that allows everyone to find out the level of exposure to pesticides in the entire metropolitan territory. Called “ADONIS platform”, the map is online and accessible since June 22, 2022.

Our partner CIEL (Center for International Environmental Law) denounces a new source of plastic pollution in its report Sowing a Plastic Planet: How Microplastics in Agrochemicals Are Affecting Our Soils, Our Food, and Our Future, published on May 23, 2022

EU: New PAN-EU campaign on the increasing presence of hazardous pesticides in fruits and vegetables

On May 24, 2022, our partner PAN-EU (Pesticide Action Network Europe) is launching a new campaign to denounce the growing presence of 55 highly hazardous pesticides still on the European market and to call for an immediate ban of twelve pesticides identified as the most harmful as well as the total elimination of the 55 highly harmful pesticides by 2030.