Pesticides in Natura 2000 sites: The government must act within 6 months 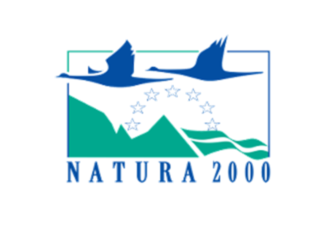 In a ruling handed down on November 15, 2021, the Council of State ordered the French government to quickly adopt the necessary measures to reduce or regulate the use of plant protection products in Natura 2000 land sites. A decision that points to better control of these substances.

The Council of State ruled in favor of France Nature Environnement (FNE), the applicant in this case, by ordering the government to take measures within six months to eliminate or control the use of pesticides in Natura 2000 land sites. Their lack of control is indeed a threat to biodiversity.

A European network of protected areas

A necessary transposition of the measures into French law

Directives are texts adopted at the European Union level that must be transposed into national law. Thus, member countries must adopt a law that integrates the measures imposed by the directive in national texts and regulatory authorities must take concrete implementation measures.

Regarding Natura 2000 sites, France has transposed the 2009 “Birds” Directive aimed at “achieving a use of pesticides compatible with sustainable development”. Thus, article L. 253-7 of the Rural and Maritime Fishing Code provides for the possibility of prohibiting or regulating the use of pesticides in these protected areas. However, this principle has never been applied to Natura 2000 terrestrial sites.

A transposition that does not apply to terrestrial sites

Indeed, in France, no regulatory measure has been taken to restrict or prohibit the use of pesticides in Natura 2000 terrestrial sites – farmers are only encouraged not to use them.

The Council of State, seized by the association France Nature Environnement, notes that the European texts are correctly applied concerning the maritime sites, but absolutely not for the terrestrial sites.

Consequently, it requires the government to take regulatory measures within six months of the publication of the ruling to “ensure that the use of pesticides will be systematically controlled, or even prohibited” in terrestrial sites classified Natura 2000. This is a small step towards a stricter control of these products, at a time when there is growing concern about their effects on the environment and health, and when a recent scientific study in Germany shows that insects are directly exposed to pesticides in nature conservation areas.