Justice Pesticides mourns one of its founding members 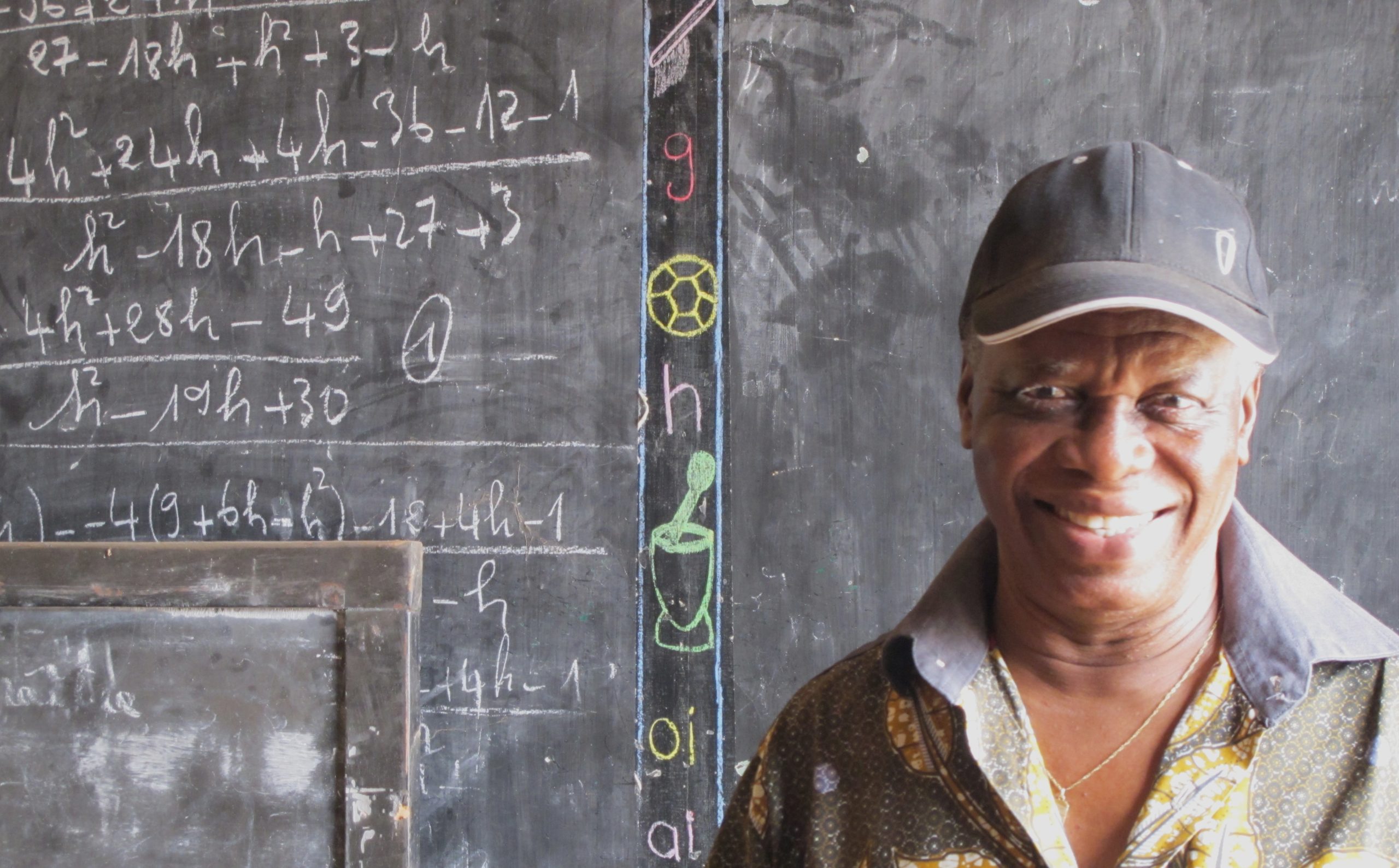 René Segbenou, founding member and board member of Justice Pesticides, passed away on April 11, 2021. The departure of this tireless advocate for farmers’ rights and food sovereignty is causing a profound sadness and feeling of a huge loss. Justice Pesticides expresses its condolences to his wife Jeanne and his daughters Sosi and Fifamè, as well as to his loved ones.

Here is the beautiful and righteous tribute to René by Chris Macoloo, Chair of AFSA (Alliance for Food Sovereignty in Africa), to which René had contributed so much.

A GIANT HAS FALLEN: Tribute to Papa René Segbenou

It is with excruciating pain and extreme sense of loss that I write to inform the world about the unimaginable demise of our dear Comrade, Elder, Brother, Stalwart Fighter, Papa René Segbenou.  René passed away peacefully on the 11th of April 2021 in the comfort of his home, surrounded by his family and loved ones.

The contribution that René made to the African Food Sovereignty struggle is beyond imagination and defies quantification.  He has mentored so many African Food Sovereignty activists, participated in establishing and nourishing several networks, and laid a solid and unshakeable foundation for his mentees to continue with the noble work. He also contributed significantly to the resistance against the commodification of our seeds and food system and the corporatization of the lives of the African people.

Equally important is that René meticulously guided the growth of AFSA, based on his experiences as Board Chair and member of numerous national and regional networks of, inter alia, farmer and fisherfolk organizations.

When the history of AFSA is eventually written, René Segbenou’s instrumental role in nurturing the organization, particularly bringing on board many West African networks as members of AFSA, will form a prominent chapter.

His contribution to the ‘Land’ and ‘Seed’ agenda in Africa is monumental. He was clear from the beginning that Africa’s seeds must be in the hands of smallholder farmers because externally developed seeds, and in particular GMOs, have no place in Africa’s food system. This is because foreign seeds remove the African smallholder farmer from the center of seed ownership and control.  He strongly campaigned for the recognition of and respect for farmer-managed seed systems in Africa. Furthermore, René clearly understood the nexus of land ownership, community managed seed systems and food sovereignty; that without smallholder farmers having secure land tenure, the drive for food sovereignty and agroecology would be futile.

Who can imagine future AFSA meetings without René? He had become a permanent feature of and a guiding beacon during our gatherings to which he was wholeheartedly committed.  He was unflinching in his criticisms of wish-washy ideas and gave a clear direction on any agenda at hand by offering valuable and truthful advice. René never compromised his principles at the altar of expediency and decadent politeness and was always happy to share his views and convictions unreservedly.  He strongly believed in the importance of honesty as a guiding principle in interpersonal relations, that people should say what needs to be said without fear or favor as this is good for the health of one’s soul. In this regard, Papa René Segbenou was an authentic African Sage.

René was loving and real, someone you always wanted to be with. He laughed easily, had a good sense of humor and was great company. His magnetic smile, coupled with a transfixing stare, will be missed by all who knew him. His passing is an irreparable loss not only to his family, friends and networks but also to all of us. He will forever be remembered throughout Africa and beyond because of his dedication to work and commitment to effecting positive change.  We will miss his fierce dedication to doing what is right.

René may be gone physically but the lessons he taught us in life will serve us well and will remain with us for many years to come. It is our sincere hope that René will rest in peace in full knowledge that he did everything that he could, that the struggle will continue, and that his good work is forever etched in our hearts and cherished in our memories. René certainly made our world a better place that we can proudly bequeath to future generations. His lovely spirit lives on!

We, members of the Alliance for Food Sovereignty in Africa (AFSA), the Board and the Secretariat, send our sincere and heartfelt condolences to his wife Jeanne, family members, friends, and all the networks in which he actively participated.

Papa René, we shall miss you!!! You are one of our greatest heroes. May you rest in the peace that you so richly deserve.