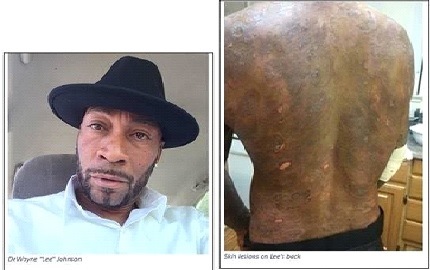 Update on June 29, 2018: The jury selection in the Dewayne Johnson v. Monsanto trial in the San Francisco Superior Court ended on Thursday, June 28, after 4 long days of cross-examination by Dewayne Johnson and Monsanto’s lawyers.

Opening statements are scheduled for July 9 at 9:30 am.

The jury selection began Monday, June 25 under the authority of Judge Suzanne Ramos Bolanos. The process is slow and tedious because the lawyers for both parties want to ensure that jurors are not biased.

Monsanto began discussions Monday by asking the judge to protect the company from its bad reputation. Indeed, its lawyer indicated that some jurors had responded to the written questionnaire sent before the trial that Monsanto was evil. Some would have gone as far as to say that Monsanto was killing people! The company’s lawyers gave the judge a list of jurors who should be removed from the jury because of their bias against the company. These jurors would likely “poison” the other members of the jury, they claim. But attorneys for plaintiff Dewayne Johnson said that Monsanto was wrongly looking to exclude roughly one-third of the jury pool based solely on questionnaires the prospective jurors filled out last week.

Thus, the tedious days of Monday and Tuesday were devoted by the lawyers of the two parties to question the potential jurors. The selection proves difficult because Monsanto has indeed a very bad reputation in the public. For example, a potential juror admitted that she would have difficulty trusting Monsanto’s evidence or experts, which she considered unethical. Many potential jurors talked about cancer in their families and expressed sympathy for cancer victims.

However, others in the jury pool also expressed reservations about the idea of awarding large sums in damages. One of the jurors wondered how much of the damage award would go to the plaintiffs’ lawyers. Another says that excessive damage awards can be abusive.

On Tuesday, at least 20 potential jurors had been eliminated. Many of them had admitted negative feelings against Monsanto, or indicated that they were trying to eat organic, or that they were eating “clean”.

Judge Bolanos said she hoped the jury selection would be completed on Wednesday, after which the trial could actually begin. Lawyers seem to be preparing for long sessions, which could last until August 10.