France : A bill to compensate victims of pesticides will be debated in the Senate 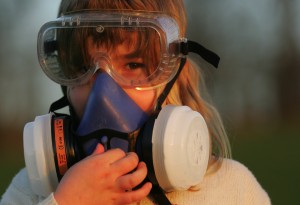 On February 1st, a bill to compensate all victims of pesticides will be debated in the Senate.

Générations Futures analyses the project of law and invites citizens to act.

Process of creation of the bill

In 2016, Senator Nicole Bonnefoy proposed a compensation fund for victims of pesticides which would be sponsored by pesticide manufacturers. The objective was to supplement the system – considered incomplete – for repairing the damage suffered by victims of pesticides by making it possible to pay for the full compensation of such damage, regardless of whether or not the diseases are of occupational origin.

This 1st version of the law was not discussed in the assembly at the time. In January of this year, the bill was back in debate. Indeed, the latter was amended on January 24, 2018 in the Senate’s Social Affairs Committee and will be presented in plenary session of the Senate on 1st of February. Générations futures was heard by the rapporteur for the law, Mr Jomier, ahead of the passage in the Social Affairs Committee and was able to make a number of remarks.

If, at this hearing, we recognised the value of such a fund because it makes it possible to recognise that there are victims of pesticides, we also insisted on a number of points that we feel are essential.

Firstly, it was very important to us that this fund cover all the victims of pesticides and not only the professionals who have been exposed to these products and who have obtained recognition as occupational disease. We have insisted, for example, that all those who are likely to be exposed – not only users – to these pesticides, especially people living in intensively cultivated areas, should have access to this fund. In the first version of the law, if the intention was there, it was not sufficiently established in the articles. This point has been clarified, since it is clearly stated in Article 1 that any “person exposed” to pesticides will be able to make use of the fund.

Secondly, we emphasised the need to take into account a wider range of pathologies, not only those listed in the occupational diseases table, which at present are only two (namely non-Hodgkin’s lymphoma and Parkinson’s disease). However, science has proved, notably thanks to the expert work of French medical research (INSERM), that many pathologies (various cancers, nervous system or behavioural disorders, etc.) could be linked to exposure to pesticides. This argument was heard since the law now states in Article 1 that an order should be made by the Ministries of Health and Agriculture to list the pathologies to be taken into account. If the law is adopted, we will therefore be very careful in drafting this decree.

2 articles are problematic and need to be amended. The first (Article 2) deals with the management of the fund that would be in the hands of the Mutualité Sociale Agricole (MSA). This is a real problem. Indeed, it has been very difficult for many farmers to obtain the recognition of occupational disease in connection with pesticides through the MSA. Similarly, experiments on other compensation funds would tend to prove that the aim of research is most often to exclude victims from the scheme as much as possible on an arbitrary basis. We discussed the idea that management should be in the hands of an ad hoc committee made up of doctors obviously, but also toxicologists, ergotoxicologists, prevention engineers, farmers, trade unionists and even members of civil society who have knowledge of the conditions of exposure and contamination of victims. The law provides for “a management board which composition is set by decree”. This is an interesting step. If the law is passed as it stands, we will have to be vigilant 1) on the composition of this management board 2) on the definition of its role and powers. An insufficiently broad and open board would raise real questions of governance and transparency and create confusion about decisions.

Another problem is the financing of the fund (Article 7). Admittedly, it is noted that a fraction of the pesticide tax will be paid into the fund, possibly supplemented by hypothetical bequests and compensation. It is likely that these sums will not be sufficient to cover the needs. In addition, we insisted that the fund should be endowed by pesticide manufacturers and distributors.

This law therefore needs to be further improved, but even as it stands, it is not even sure that it will be voted in the Senate. For Générations Futures, such a fund would have the merit to recognize the status of victim for all those who are impacted by these products, users as well as non-users. Moreover, this fund should not relieve manufacturers and the government of their responsibility for the public health scandals surrounding pesticides. It cannot either be the single answer to these health issues.