The export of banned pesticides to Africa and Central America is unlawful. 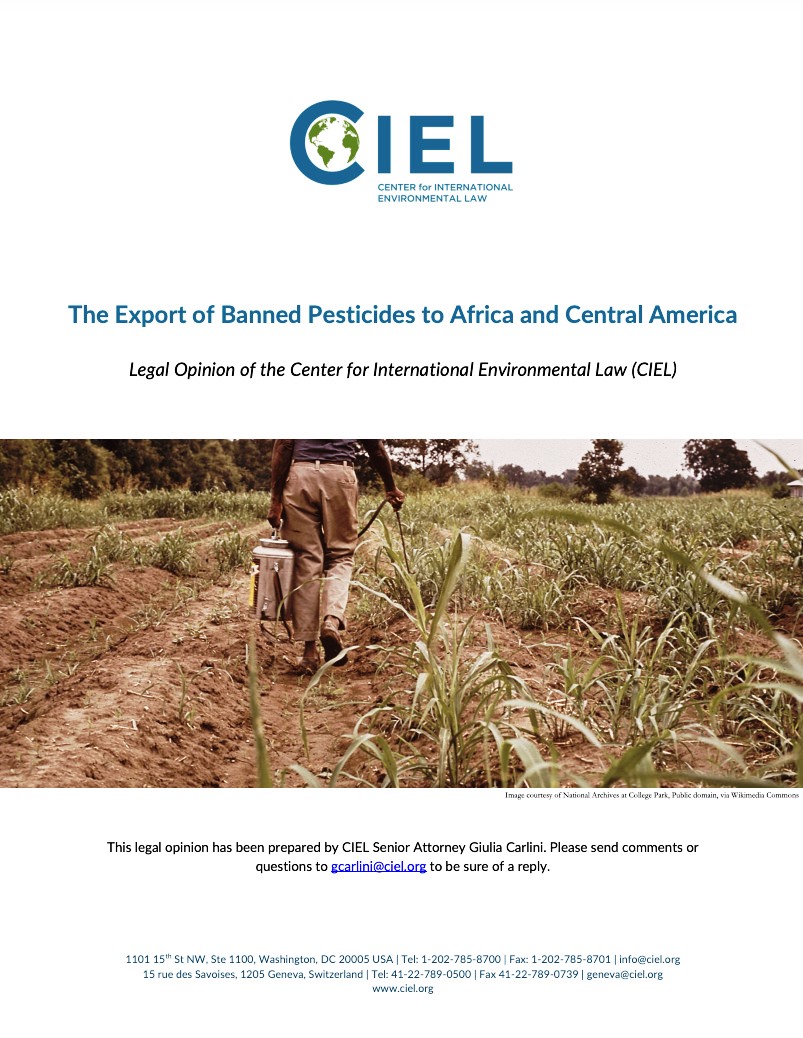 On September 26, 2022, our partner Center for International Environmental Law (CIEL) published a legal opinion on the export of pesticides banned in Europe (European Union, Switzerland and United Kingdom) to Africa and Central America.

Based on the Bamako Convention for Africa and the Central American Agreement for the countries of Central America, which prohibit the import of hazardous wastes into the signatory countries, CIEL establishes a link between the pesticides that are banned or not approved in Europe and the legal qualification of hazardous waste within the meaning of these texts. The opinion concludes that by marketing these pesticides, Europe is violating the Bamako Convention and the Central American Agreement.

The opinion also shows that exports of these pesticides to Parties to the Basel Convention violate the Convention’s general prohibition on the export of hazardous wastes (including those defined as such by the national legislation of the importing Party).

The scope of this analysis goes beyond the strictly European framework. Non-European parties to the Basel Convention, such as Canada, China or Russia, are in breach of their international obligations if they export substances that they do not allow on their own territory to parties to the Bamako Convention in Africa or to parties to the Central American Agreement.

Read the legal opinion from CIEL