Arte documentary: “Pesticides: the European hypocrisy”. To be viewed until August 3 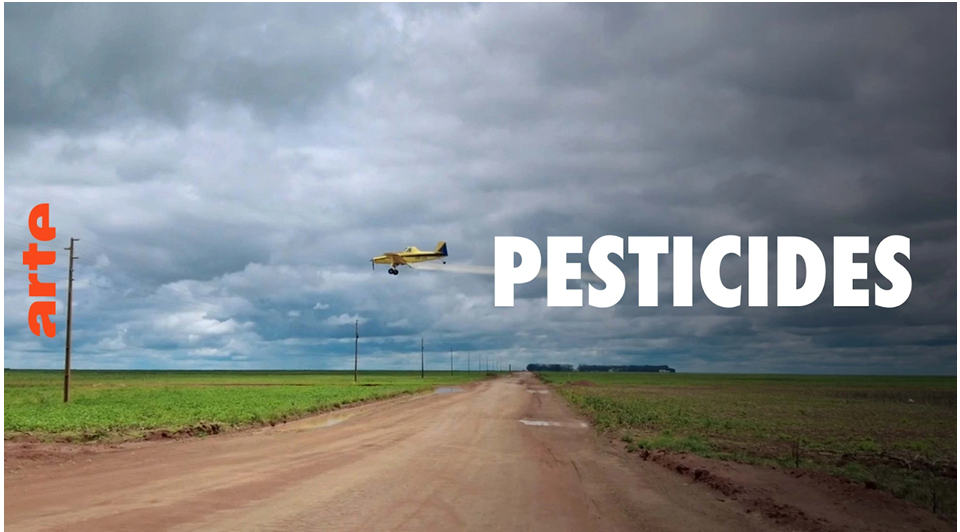 The documentary broadcast by Arte television channel “Pesticides: the European hypocrisy” exposes the inconsistencies of the European policy on dangerous pesticides, with, among others, the contribution of Larissa Bombardi, Brazilian geographer at the University of São Paulo and board member of Justice Pesticides.

While the European Union (EU) has banned the use of a number of particularly toxic pesticides on its territory, it has not wanted to hinder the ambitions of the agrochemical giants, which continue to produce these pesticides banned from use in Europe and to export them massively.

In 2018, the EU exported more than 80,000 tons of pesticides, even though they are banned on its soil, and 90% of these products come from factories located on the old continent: the United Kingdom, Italy, the Netherlands, Germany, France, Belgium or Spain. European agrochemical companies (Bayer, BASF, Syngenta…) make half of their turnover this way.

The European production and export of pesticides recognized as dangerous enables Brazilian agriculture in particular to use them excessively, endangering the environment, the lives of farmers and consumers, as well as those who try to denounce this scandal. European consumers are also not safe from the dangers caused by these pesticides, since contaminated products end up on their plates after being imported as agricultural or food products.

Since Jair Bolsonaro came to power, Brazil has registered a record number of new pesticides. With 3,669 authorized pesticides, the country is establishing itself as an Eldorado for agrochemical multinationals. In addition to the authorizations granted to many dangerous pesticides, the risks for the environment and the Brazilian population are aggravated by the lack of compliance and control of the application of the Brazilian legislation regarding the conditions of application of the products.

Thus, residues of many of these pesticides are found in the environment, even in the water that Brazilians drink. According to Larissa Bombardi, in addition to the need to ban these pesticides, it is imperative to prevent the sale of stocks of products already made.

Europe, which claims to protect the environment, is therefore showing the greatest hypocrisy and turning a blind eye to these profitable exports. It maintains an unsustainable double standards strategy, which raises serious ethical and deontological questions.

The documentary can be viewed here until August 3, 2022.