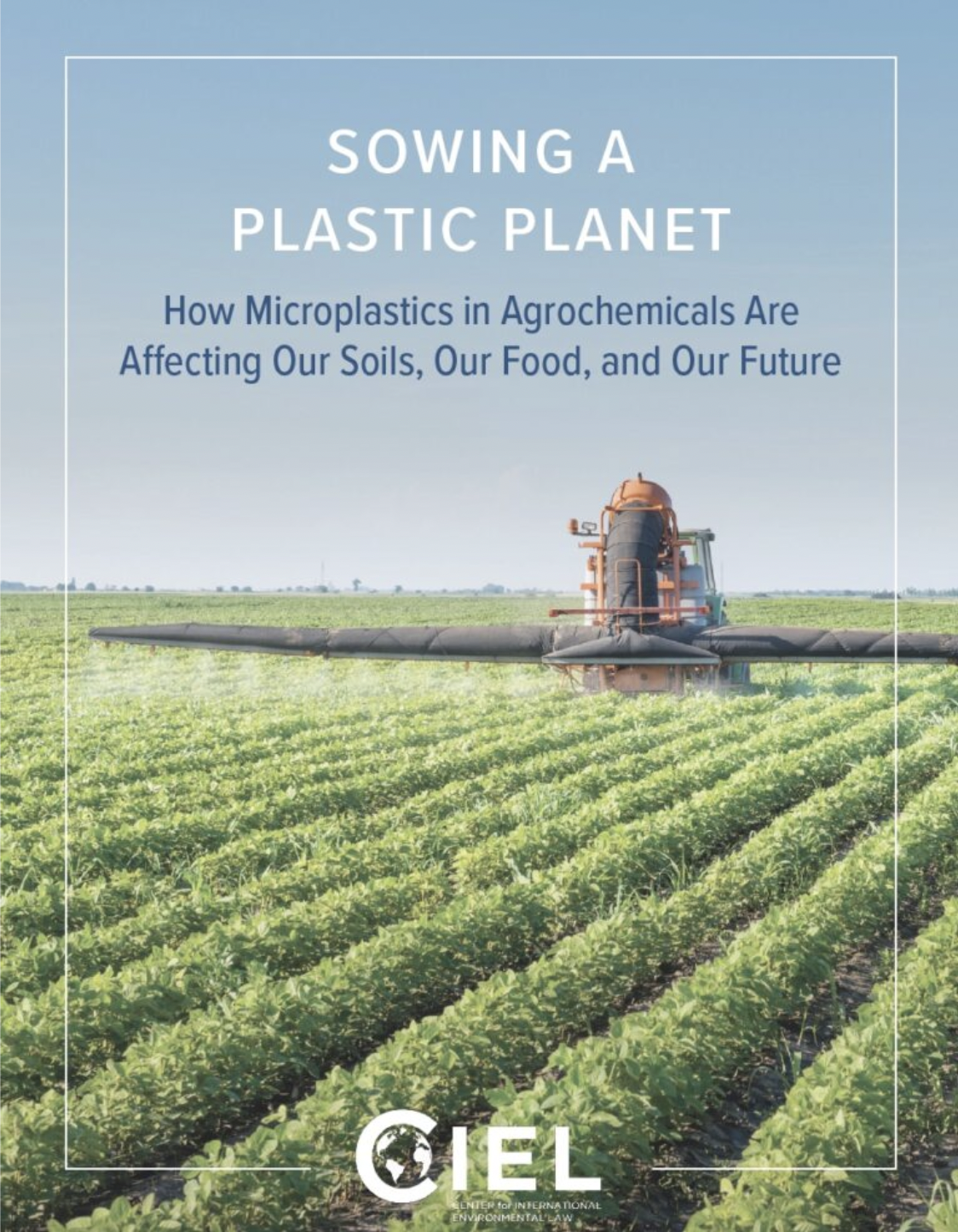 Agriculture is widely contaminated by plastic pollution, notably by the presence of plastics in greenhouse films or in product packaging. Beyond this already well-known pollution, our partner CIEL (Center for International Environmental Law) denounces a new source of plastic pollution in its report Sowing a Plastic Planet: How Microplastics in Agrochemicals Are Affecting Our Soils, Our Food, and Our Future, published on May 23, 2022. It addresses the presence of microplastics in agrochemicals: the agrochemical industry produces synthetic fertilizers and pesticides coated with plastics, which are spread on soils and crops.

The ubiquity of microplastics and their consequences on environmental and human health are well known. However, their deliberate introduction into the composition of agrochemicals is not well known by the public, even though it represents one of the major sources of microplastic pollution.

Product encapsulation is promoted by the agrochemical industry as an effective and sustainable means of controlling the release of pesticides onto crops. In fact, the acceleration of fossil fuel extraction and processing over the past decades has led industry to take advantage of their waste and by-products. They then encouraged the production of petroleum-based plastics, fertilizers and pesticides. Economic incentives have led to the overproduction and overuse of plastics and agrochemicals.

CIEL exposes the harmful effects of the practice of adding plastics to agrochemicals, combined with the serious consequences of using fossil fuel-based products. The report describes the consequences of this “toxic triad”, formed by the agrochemicals themselves, the plastics and the fossil fuels used to manufacture them. The encapsulation of agrochemicals adds to the significant risks posed by fertilizers and pesticides and exacerbates their harmful effects. It fuels heavy chemical pollution, adds to global warming, contributes to the loss of biodiversity, degrades human health, and violates the human rights of populations, all of which are at risk.

CIEL believes that it is essential to stop the intentional use of microplastics through comprehensive geographical and sectoral restrictions. Further research into the harms of this practice and transparency requirements for industry, such as the extent of use and chemical composition of products, are also needed until such time as the practice is banned. It is up to governments to collect data on the use of these plastics in agriculture and what happens to the residues once they are released.

The report also recommends setting targets for the reduction of fertilizer and pesticide use to reduce dependence on the chemical and fossil fuel industries, leading to a total phase-out of these products in favor of sustainable agricultural models.

While Member States of the United Nations Environment Assembly agreed at their fifth session (UNEA-5. 2, 2022) to adopt a global approach to plastics regulation, which aims to address the pollution generated throughout the entire life cycle, from fossil fuel extraction through transportation to end-of-life plastics processing, CIEL’s report warns of the underestimated threat of agricultural microplastics, and argues that a rapid change of course is not only essential, but also feasible!