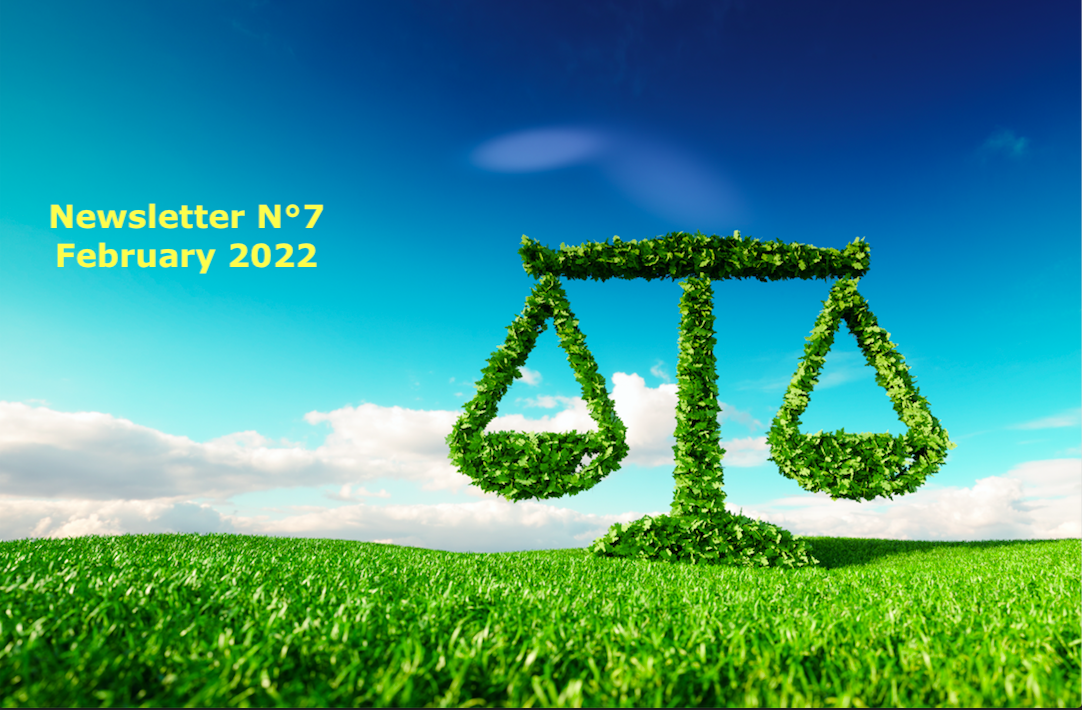 For its seventh newsletter, Justice Pesticides looks back at the news of the last few months related to pesticides. The consequences of these toxic products affect every country in the world, and the information in this newsletter includes Brazil, Canada, Colombia, the European Union, France, Germany, Luxembourg, Mexico, Netherlands, Nicaragua, and the United States.

Sulfoxaflor: on its way to extinction?

In December 2021, two court decisions, in the United States and in France, canceled authorizations for sulfoxaflor-based insecticides. Sulfoxaflor is an active substance with a mode of action similar to neonicotinoids, the (in)famous bee killers.

On January 19, 2022, the Colombian Constitutional Court made public its decision of November 29, 2021 to cancel the resolution by which the National Environmental Authorization Authority (ANLA) had given its approval to the environmental management plan that included a program to eradicate illegal crops by aerial spraying with glyphosate (PECIG), presented by the National Police.

Since January 24, 2022, the magistrates of the Paris judicial court are looking at the request for exequatur initiated on November 5, 2018, by the lawyers of more than 1,200 former Nicaraguan farm workers employed in banana plantations in which Nemagon and Fumazone, two pesticide products containing dibromo-chloro-propane (DBCP), were sprayed. The procedure aims to implement the 2012 Nicaraguan Supreme Court judgment.

Coated seeds are crop seeds that have been coated with systemic pesticides, primarily neonicotinoid insecticides. According to the Center For Food Safety, crops grown from coated seeds—including corn, soybean, and sunflower—cover over 150 million acres of U.S. farmland each year, the equivalent acreage of over one and one-half Californias.

Court documents from December 6 in Hawaii reveal that Monsanto has just agreed to pay $12 million and plead guilty to federal charges that it illegally sent workers to fields that had been sprayed with pesticides, and violated a previous deferred prosecution agreement (DPA).

Canada: A small step towards the re-evaluation of glyphosate

On February 2, 2022, the Federal Court of Appeal in Ottawa ruled in favour of four environmental groups in a small but welcome step forward in the regulation of glyphosate in Canada. Glyphosate was first approved for use in Canada in 1976 and has been continually re-approved since then.

Germany: Action against Bayer by its investors

On December 30, 2021, the German law firm TILP filed claims against the agrochemical company Bayer at the Cologne District Court seeking damages totaling approximately €2.2 billion on behalf of approximately 320 investors. Based on the procedure under the German KapMug Act,  the court agreed to publish the class action on December 15, 2021.

France: Action against the State for failure to protect biodiversity

Five French NGOs filed a lawsuit on January 10, 2022 against the French government for failing to comply with its obligations to protect biodiversity, two months after they had sent an ex gratia appeal seeking recognition of ecological damage. This action, which is a world first, echoes the “Affaire du Siècle”.

France: Prostate cancer linked to the use of chlordecone recognized as an occupational disease

After years of mobilization in the French West Indies, the N° 2021-1704 decree published on December 22, 2021 in the Official Journal finally recognizes prostate cancer linked to occupational exposure to pesticides, and more particularly to chlordecone, as an occupational disease.

Brazil: The “Poison Law” adopted by the National Assembly

The Brazilian deputies approved bill 6.299/2002 on the use of pesticides, nicknamed the “Poison Package”, providing provisions for research, experimentation, production, packaging and labeling, transport, storage, marketing, use, import, export, final destination of waste and packaging, registration, classification, control and inspection of pesticides, environmental control products and similar products on February 9, 2022.

Mexico: Glyphosate imports to be reduced by half in 2022

The National Council of Science and Technology (Consejo Nacional de Ciencia y Tecnología, Conacyt) recommended on January 17, 2022 to the Mexican Government to reduce the import quotas of glyphosate by half for 2022 compared to 2021, which corresponds to 8,263,088.5 kilograms as the maximum amount of formulated glyphosate and 628,615.50 kilograms  of technical glyphosate.

France: Compensation for children exposed to pesticides during the prenatal period

By a decree dated January 7, 2022, the French government sets up a lump-sum compensation system for children who are victims of prenatal exposure to pesticides, due to the professional activity of one of their parents, whether agricultural or not.

France: Citizens’ trust in the glyphosate reauthorization process not guaranteed

In an opinion made public on January 10, 2022 the national Commission on ethics and alerts in public health and the environment (cnDAspe) considered that the trust of citizens in the evaluation process for the renewal of the authorization of glyphosate in Europe was not guaranteed.

The Pesticides Action Week from March 20 to 30

Every year for the past seventeen years, the Pesticides Action Week invites citizens to learn more about the effects of pesticides on health and the environment and their alternatives. SPAP is a federative, national and international event, coordinated by our partner Générations Futures.

Belgium: Citizens’ march to the Syngenta factory in Seneff

On February 12, 2022, a group of citizens, supported by the collective Extinction Rébellion Charleroi and various associations including Corporate Europe Observatory and SOS FAIM, marched from the Familleureux train station, near Charleroi, towards the Syngenta factory in Seneffe.

The Heinrich Böll Foundation, the German Association for Environment and Nature Conservation (BUND) and the Pestizid Aktions-Netzwerk (PAN Germany) are behind the publication of a Pesticide Atlas, released on January 12, 2022.

Luxembourg: Too many pesticides in food

In 2020, analyses were conducted by the Luxembourg government to monitor the levels of pesticide residues in products of plant and animal origin and in food for infants and young children.

EU: Pesticide lobbies against the reduction targets of the Green Deal

On July 14, 2021, the President of the European Commission, Ursula von der Leyen, announced the measures included in the European Green Deal.

NGOs may now be able to bring cases before the EU Court of Justice on environmental issues. Indeed, the Aarhus Convention on access  was revised on October 6, 2021.