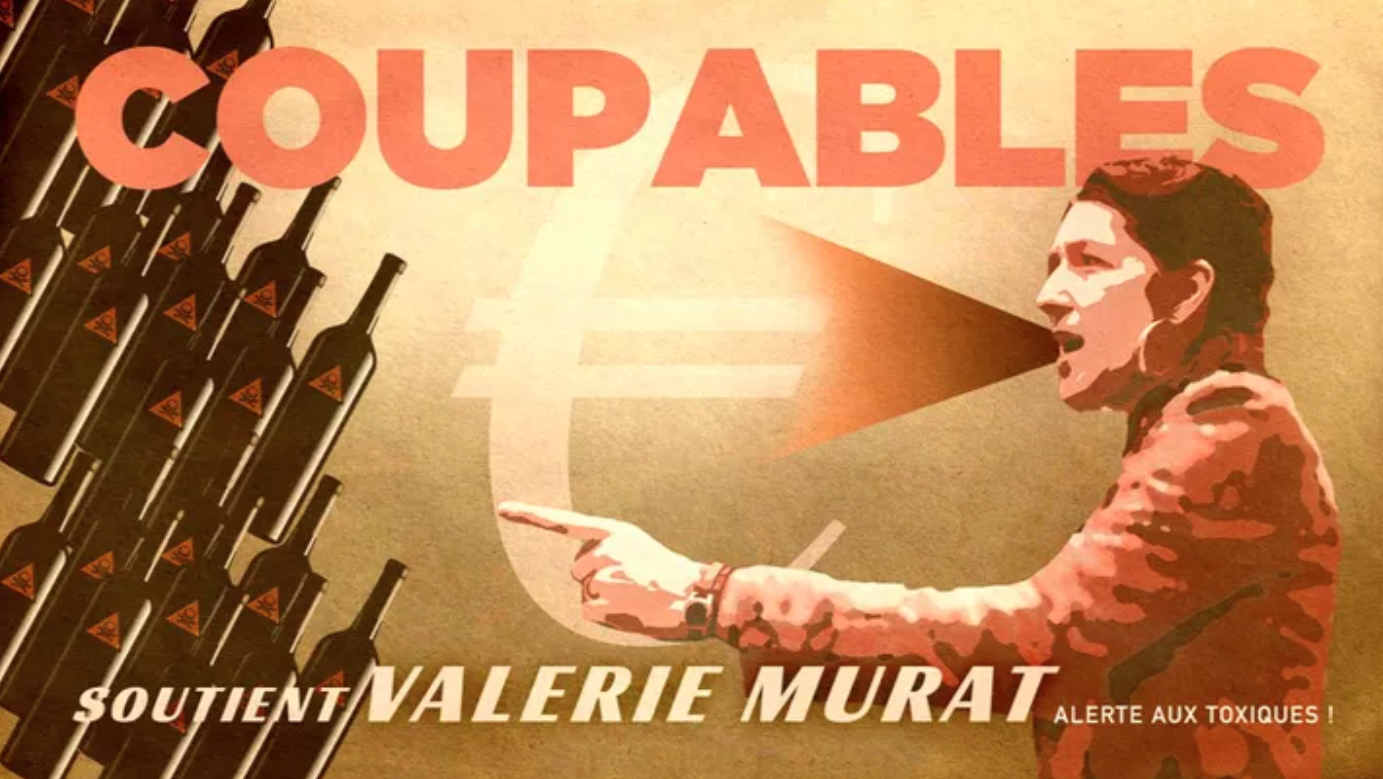 As Justice Pesticides has documented in its legal database, Valérie Murat’s appeal of her conviction to the exorbitant sum of 125,000 euros has been struck off until the sum is paid. This is an iniquitous method to prevent her freedom to inform about the contamination of Bordeaux wines under HVE (High Environmental Value) label by pesticides.

Justice Pesticides relays its call here with links to contribute.

This is a historic, unprecedented and extremely serious decision that could also set a precedent.

We continue in the unprecedented and the never seen: the condemnation of Libourne was biased and disproportionate, today it is an exorbitant right of appeal that is imposed on us.

The enforceable decision of Libourne, with the exorbitant sum of 125 000 € as a bail to the right of appeal, is an additional maneuver to prevent us from using this right since neither the association nor its spokeswoman have this amount of money.

The association does not receive ANY subsidy and it is composed only of voluntary members.

It lives only from its memberships (less than 500 members) and from donations.

To help us, go there: SUPPORT AAT  and VALERIE MURAT

If you prefer to join or make a donation by other means, you can download the information here

This decision means first of all that I am not a full citizen: I do not have the same rights as any other French citizen, even the worst criminals guilty of the most atrocious homicides.

To accuse jointly the association and its Spokeswoman is an alibi: in reality, this complaint is aimed personally at Valerie Murat, the evidence being in the documents produced by the lawyers of the plaintiffs. :

Delirious and trivial attempts to prove that the spokeswoman could afford to pay:

Sell or mortgage the family home where her mother lives!!!

These cheap tactics do not honor the plaintiffs or their lawyers, let alone the judicial system.

Their shenanigans show their true face: They are proof of the determination of our opponents to take their revenge on an individual person by any means in a phantasm of arbitrary justice, blinded by their sense of impunity.

They want to make Valerie Murat a martyr by considering her as a plague, comparing her to frost, hail or mildew!

So many allegations that they use as excuses to avoid questioning the professional practices that are widespread in the Bordeaux region and that we know today are linked to these natural disasters and supported and encouraged by the civb.