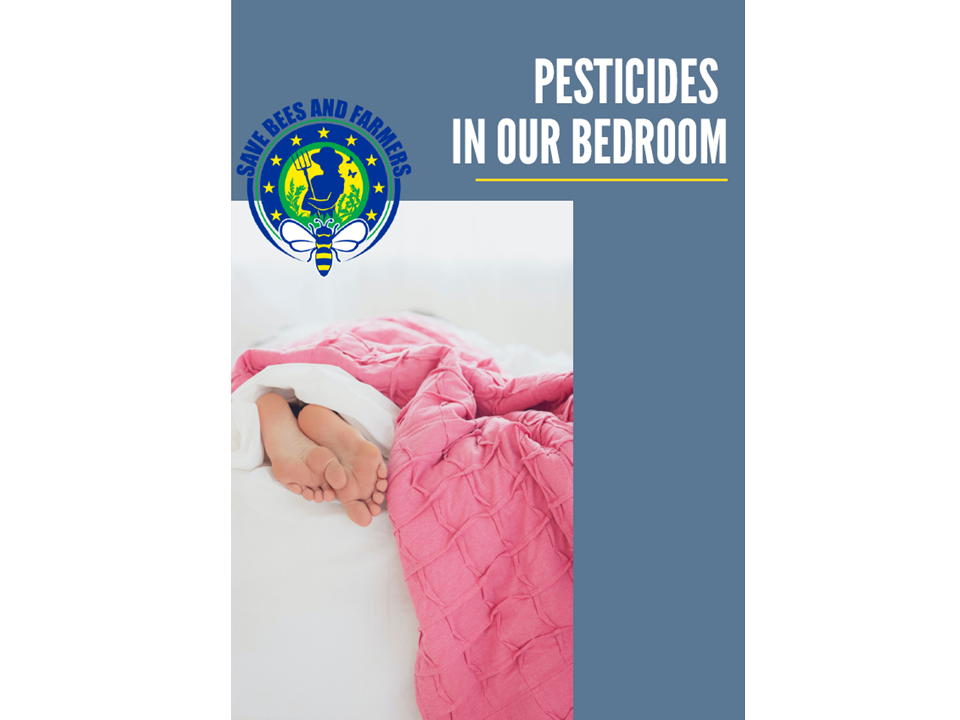 With the help of the European Citizens’ Initiative “Save Bees and Farmers” of which Justice Pesticides is a part, which collected more than one million signatures to end pesticides in the European Union, our partner Pesticides Action Network Europe (PAN-EU) publishes a report “Pesticides in our Bedroom“. This report shows that a significant number of pesticide residues sprayed in rural areas can be found in the bedrooms of European citizens. Even more worrying, among the residues found, pesticides suspected of being carcinogenic to humans by the European authorities were detected in one sample out of four.

Residents of intensively farmed areas took dust samples from their bedroom with the support of partner NGOs in 21 Member States. 30 pesticides were tested among the 450 pesticides authorized in the EU. All samples were contaminated with an average of 8 pesticides, with a maximum of 23 pesticide residues. Among the substances commonly found were suspected endocrine disruptors or substances toxic to reproduction.

The first victims are, in rural areas, babies who crawl on the ground. They are constantly exposed to carcinogenic pesticides and endocrine disruptors through dust. Scientists have shown that exposure to minute concentrations of these chemicals can be harmful. In addition, exposure to mixtures of pesticides is still not tested in the European Union.

The findings of this report should be a wake-up call to European regulators. The European Union subsidizes intensive agriculture producing these pesticide residues. Unfortunately it remains the dominant model in Europe.

To read the press release of our partner PAN-EU : here