Finally, a ban on metam-sodium is achieved in France! 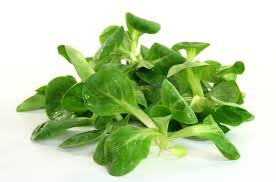 After the decree of 26 October 2018 of the Ministers of Environment, Solidarity and Health, Economy and Finance and Agriculture and Food, suspending the use of products containing the active substance “metam-sodium” until 31 January 2019, ANSES (the French Agency for Food, Environmental and Occupational Health & Safety) “closes” the file this 5 November by issuing an opinion aimed at withdrawing all commercial products containing this active substance from the market. These products are used at a rate of 700 tonnes per year, mainly by market gardeners and horticulturists. In particular, the cultivation of the famous Nantes lamb’s lettuce is a major consumer of these soil disinfectants.

Here is the press release of our partner Générations Futures in reaction to this opinion:

ANSES states that “the risks to human health and the environment associated with each use of the products, taking into account their conditions of use, have been assessed. After reassessment, the ANSES concludes that all these uses represent a risk to human health and the environment. The ANSES has therefore just notified the industrialists of its intention to withdraw the marketing authorisations for all metam-sodium-based products. »

“It took dozens of cases of poisoning this fall that were publicized before this decision finally came to an end! Let us recall that Générations Futures and PAN Europe had already denounced, almost 10 years ago, the problematic use of this hazardous pesticide! Despite the known dangers at that time, metam-sodium had been approved at the European level in 2012. This case highlights the major shortcomings of the pesticide registration system at French and European level, a system that keeps on the market a large number of products that are dangerous for humans and the environment, as we recently denounced in a report. We will have to remain very vigilant because the dossier is not completely closed, as the substance is still approved at European level. “says François Veillerette, Director of Générations Futures. “While our association welcomes this decision, we regret the time lost. “he adds.

One comment on “Finally, a ban on metam-sodium is achieved in France!”