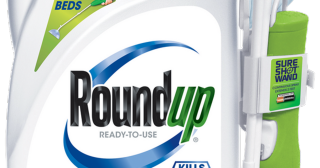 Dewayne Johnson is a 46-year-old gardener with two children. He developed non-Hodgkin lymphoma (cancer of the lymphatic system), which he attributes to the use he made of Roundup weedkiller in his work. Despite his illness and the heavy care it entails, he courageously decided to face the hardship of a legal case against a multinational company and filed a complaint against it on January 28, 2016. Considering the gravity of his state of health, this trial was treated as the first of a long series of some 4,000 farmers or Roundup users. The hearings before the jury began on 18 June. According to his physician, Dewayne Johnson has only a few months left to live.

This trial revealed numerous Monsanto internal documents that show that the company had known for decades that Roundup could cause cancer but the company never stopped influencing and misleading regulatory and political authorities, as well as the public.

Monsanto has announced that it will appeal this decision, but the evidence showing its knowledge of the dangers of Roundup and its relentless willingness to hide them is overwhelming.

If it is confirmed in appeal,this court decision will be historic and could be devastating for Bayer, which has just acquired Monsanto for 66 billion dollars. There are indeed thousands of Roundup users in the United States who have filed complaints against Monsanto since IARC (International Agency for Research on Cancer) declared glyphosate (the active ingredient in Roundup) a probable carcinogen. The next “Roundup Trial” is scheduled for October in St. Louis, Missouri. At the federal level, now that the multidistrict litigation judge has accepted some expert testimony for the plaintiffs, the first cases could be announced in the coming months. Bayer was quick to reassert that the Roundup was safe.

This verdict is also an encouragement for Paul François in France, who has been on a legal case against Monsanto for more than ten years after being intoxicated by another Monsanto product, Lasso, and Sabine Grataloup, whose son Theo suffers from congenital malformations following her use of Roundup during her pregnancy and who recently filed a complaint against Monsanto. Both were witnesses at the International Monsanto Tribunal.

It is a sign of hope for the thousands of victims of the world’s best-selling herbicide and perhaps a trigger for a toxic chemical-free agriculture, reconciled with the planet.