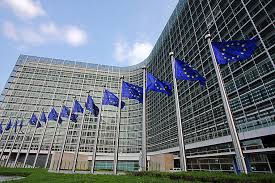 03.10.2018, According to the Belgian daily Le Soir, the Brussels Region is refusing to extend the use of glyphosate-based herbicides and is dragging the European Commission to the European Court of Justice for violation of the precautionary principle. This follows the renewal of the marketing authorisation of glyphosate for 5 years, decided by the European executive in December 2017.

For Brussels, the precautionary principle has not been applied, and a petition of 1.3 million signatures calling for a ban on glyphosate has been ignored. The Region recalls that the IARC (International Agency for Research on Cancer), a body of the World Health Organisation (WHO), has classified this product as probably carcinogenic for humans. The Commission is also criticised for not having any “glyphosate removal” plans by proposing risk-reduction measures.

However, it is not clear whether the European Court of Justice would accept that this type of action should be taken by a Region. Europe recognises only states and the Court’s case law is very restrictive.

Brussels has decided to prohibit all uses of glyphosate but marketing is still allowed. As this is a federal competence, the Federal government announced that it will not lodge an legal case against the decision of the European Commission.