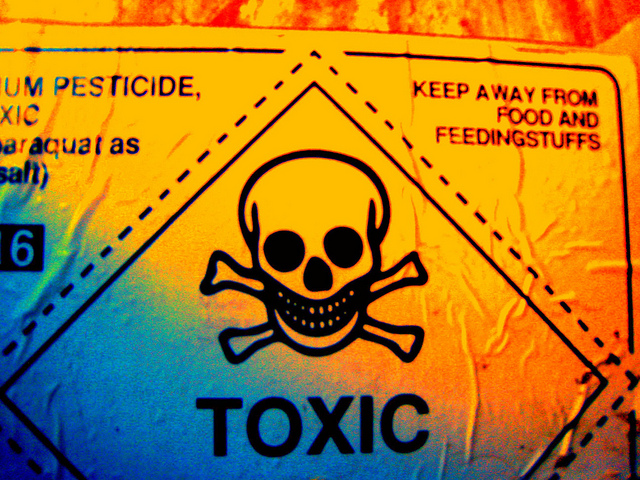 PAN Europe, in association with the French NGO Générations Futures, released a new report that shows that the agrochemical industry is in fact writing the rules for homologation of toxic pesticides. Here is their press relasee about the report.

In 11 out of 12 EU pesticide risk assessment methods studied by the Pesticide Action Network it turns out that they were developed or promoted by industry. Harmful effects observed in animal safety studies on pesticides can be swept under the carpet with these methods. For example, tumours seen in test animals can be classified as irrelevant for humans, harmful pesticide residues in groundwater as acceptable, the dying of 50% of non-target insects after spraying with pesticides as acceptable, safe levels can be assumed for carcinogens and standards for protection of aquatic life relaxed. The methods are designed to prevent a ban of harmful pesticides and result in lowering of the protection of the public and the environment.

Industry, notably the International Life Sciences Institute (ILSI) – an industry lobby group – not only designed the methods but also, in 75% of the cases studied by the PAN Europe, their experts managed to infiltrate in regulatory panels such as the ones of EU Food Safety Authority (EFSA) and global WHO to get these methods adopted. WHO, EU Commission and EFSA didn’t stop the infiltration of industry and maintained a failing conflict of interest policy. Not coincidentally, regulators also didn’t keep their distance from the industry. In 50% of the cases studied, regulators and EFSA had exclusive meetings with industry on the methods, excluding other stakeholders.

Industry got the inspiration for their desired methods mainly from the US (67% of the cases studied), a country that is very industry-friendly and doesn’t apply the precautionary principle. US-type of risk assessment is invading the EU-system through the backdoor.

The Pesticide Action Network urges WHO, Commission and EFSA to review all current risk assessment methodologies by independent scientists with a good scientific track-record. An advanced conflict of interest policy is also urgently needed for regulatory panels.

The study shows that the public and the environment do not get the protection they are entitled to. The science behind the methods is biased and manipulated and the decisions on pesticides are unscientific. EFSA and WHO still maintain cosy relations with industry and an attitude that prevents them from being objective and independent.

The facts that chronic diseases, such as the endocrine-related breast and prostate cancers, keep rising and that the collapse of ecosystems (bees, birds, insects, etc.) in agricultural areas is almost complete, are clear signs of a failing EU risk assessment system of pesticides, according to PAN Europe.