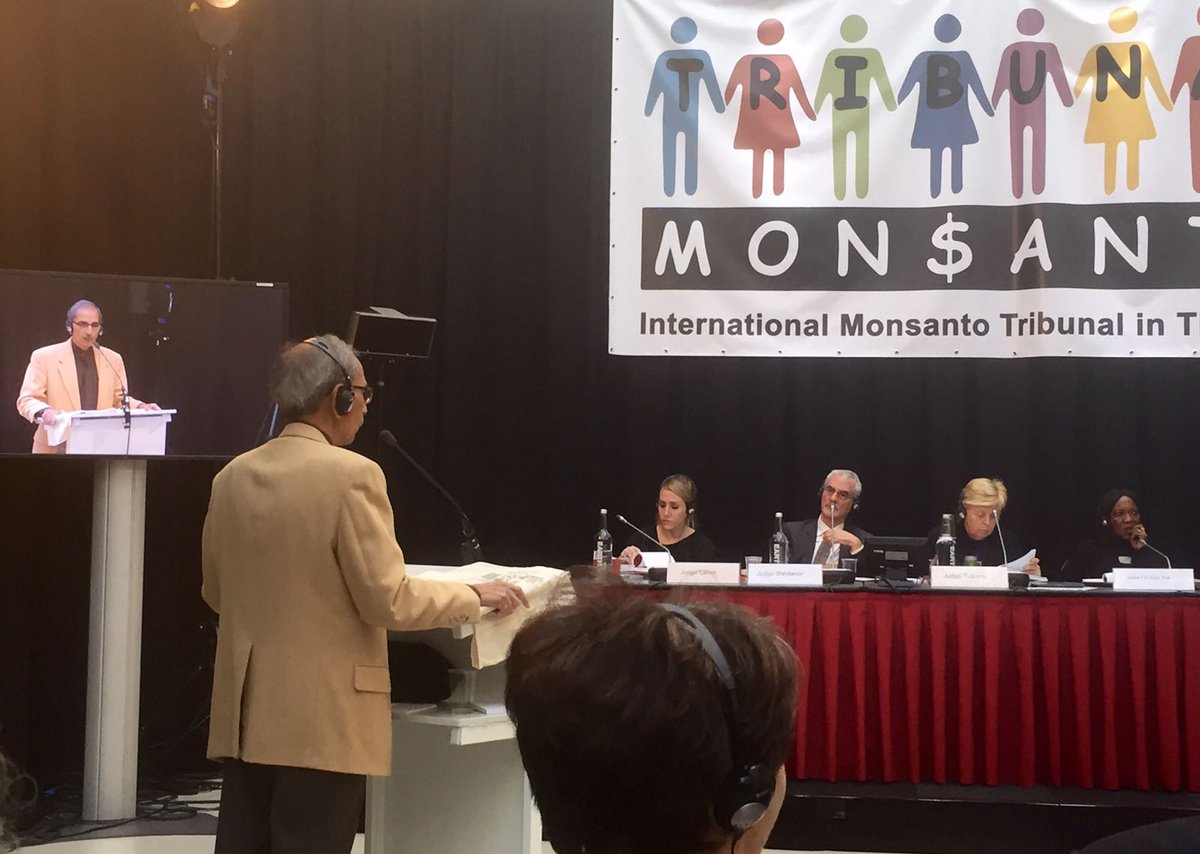 January 11, 2017 : Justice Pesticides pays tribute to Shiv Chopra, who died on 7 January 2018. Shiv Chopra is a whistle blower, who was fired from Health Canada for refusing to comply with farm input manufacturers and declaring their products safe. He was a tireless advocate of food safety. He came to testify in October 2017 at the International Monsanto Tribunal on the pressures faced by scientists and regulators from agrochemical companies. Justice Pesticides offers condolences to Shiv’s family.

Below is a press release by The National Farmers Union (NFU) of Canada.

SASKATOON, SK: The National Farmers Union (NFU) offers condolences to the family of Shiv Chopra, who passed away on January 7, 2018. Many will remember him as the Health Canada whistle blower who was fired from his job for speaking out against the use of growth hormones to increase milk production in dairy cattle.

Peter Dowling was the NFU Region 3 (Ontario) Coordinator during that time. “In the 1990’s the NFU was deep into its campaign to stop the approval of recombinant bovine growth hormone (rBGH) by Health Canada. We became aware of a small band of dissident Health Canada veterinary scientists who had grave concerns about the prospects of approving rBGH for use in Canada” recalls Dowling. “This was very exciting news for our rBGH activists.”

Chopra was the most vocal among these Health Canada, Bureau of Veterinary Drugs scientists. He and two of his colleagues were subsequently fired (2004) from Health Canada as a result of their refusal to be muzzled about food safety concerns.

“Having Health Canada veterinarians speak out about issues with the drug regulatory system at the bureau was a huge boost to the campaign,” said Dowling, “It resulted in a decision not to approve rBGH here in January 1999 — ironically, due to its risk to animal, not human, health.”

Although his colleagues eventually were reinstated, Dr. Chopra was not. He continued his fight to be reinstated for the next 13 years but sadly, never was.

“I think of him often and admire Shiv’s courage, integrity and tenacity in speaking out on matters of great importance to Canadians — food safety, human health, and well-being of farmers and their cows.” Dowling concluded. “He expected the federal government to uphold the laws of our country and blew the whistle with his colleagues when the rules were not followed.”