Report on the scandalous assessment of glyphosate 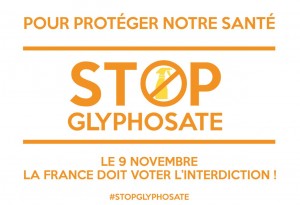 In a new report Générations Futures reveals how studies showing the negative effects of glyphosate have often been unjustifiably (unscientifically) rejected during the formal assessment.

Much has already been said about the assessment of glyphosate. The Monsanto Papers, and the case of the copied/pasted dossier by industry in the Renewal Assessment Report show that the analysis of the scientific data available in the file led to an underestimation of the danger nature of this molecule. A previous report from Générations Futures had shown that evidence of the carcinogenicity of glyphosate was available in the assessment dossier.

But how is it that all these studies showing the dangers of glyphosate are not only ignored by the industry, but also rejected by the agencies during the evaluation? The organizations Générations Futures and PAN Europe wanted to know more. They recruited an independent consultant to conduct an analysis of the glyphosate risk assessment report to answer the question: “On which grounds were the studies showing negative effects of glyphosate (both academic and produced by the companies themselves) rejected during the assessment? Were the motives for rejection really strong scientifically? ”

The results of the analysis of the reasons for the rejection of the studies showing glyphosate toxicity are staggering: first, the risk assessment report for glyphosate contains only 51% of published university studies expected to be in it (i.e. 76) … of which only 24 were discussed at all. Similarly, many industry studies were simply not evaluated, with no specific scientific reason given for either rejecting or accepting their conclusions. In total, 49 rejections of toxicity effects with explanations were studied and criticized. The reasons why the toxicity effects of glyphosate were most often rejected are: the questionable use of historical control data, the arbitrary and almost systematic decommissioning of studies that do not follow the guidelines and Good Laboratory Practices through the use of the Klimisch classification, the omission of effects on certain organs, the failure to take into account studies that do not show a dose/effect relationship…

Générations Futures believes that this constant and radical rejection of research findings, the lack of numerous important data and the lack of evaluation of many others lead to a lack of public protection from the dangers of this pesticide. There are simply too many signs of toxicity below the supposedly no effect level and too many impacts were not assessed.

For François Veillerette, Director of Générations Futures, the evaluation of glyphosate was not done satisfactorily and it should not be allowed to be renewed. Générations Futures and PAN Europe hope that the French government will take these elements into account by deciding not to vote for the renewal of the glyphosate authorization in Europe at the next Committee meeting on November 9.